Living off the forest, producing food in it, i can show you it works 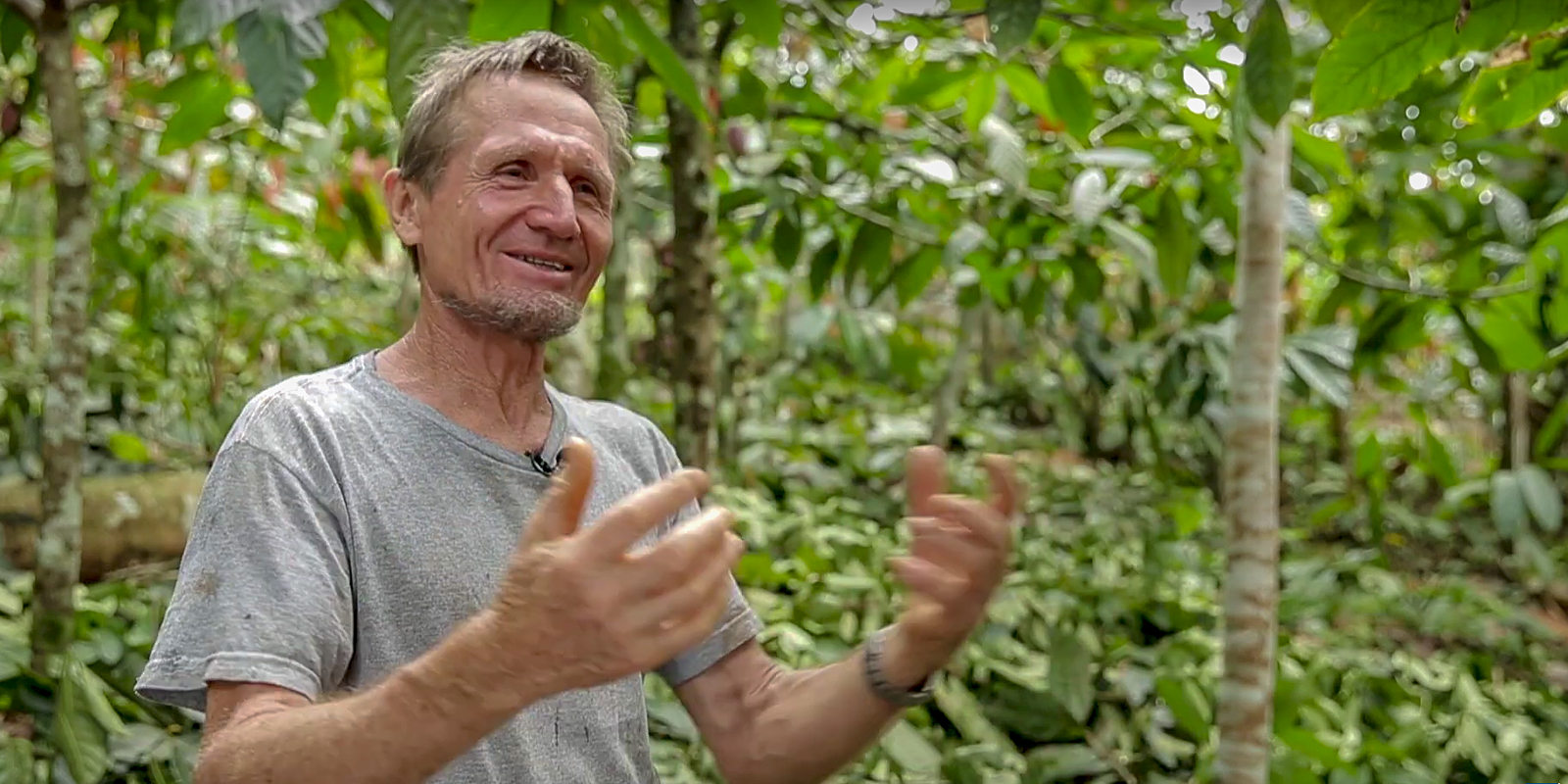 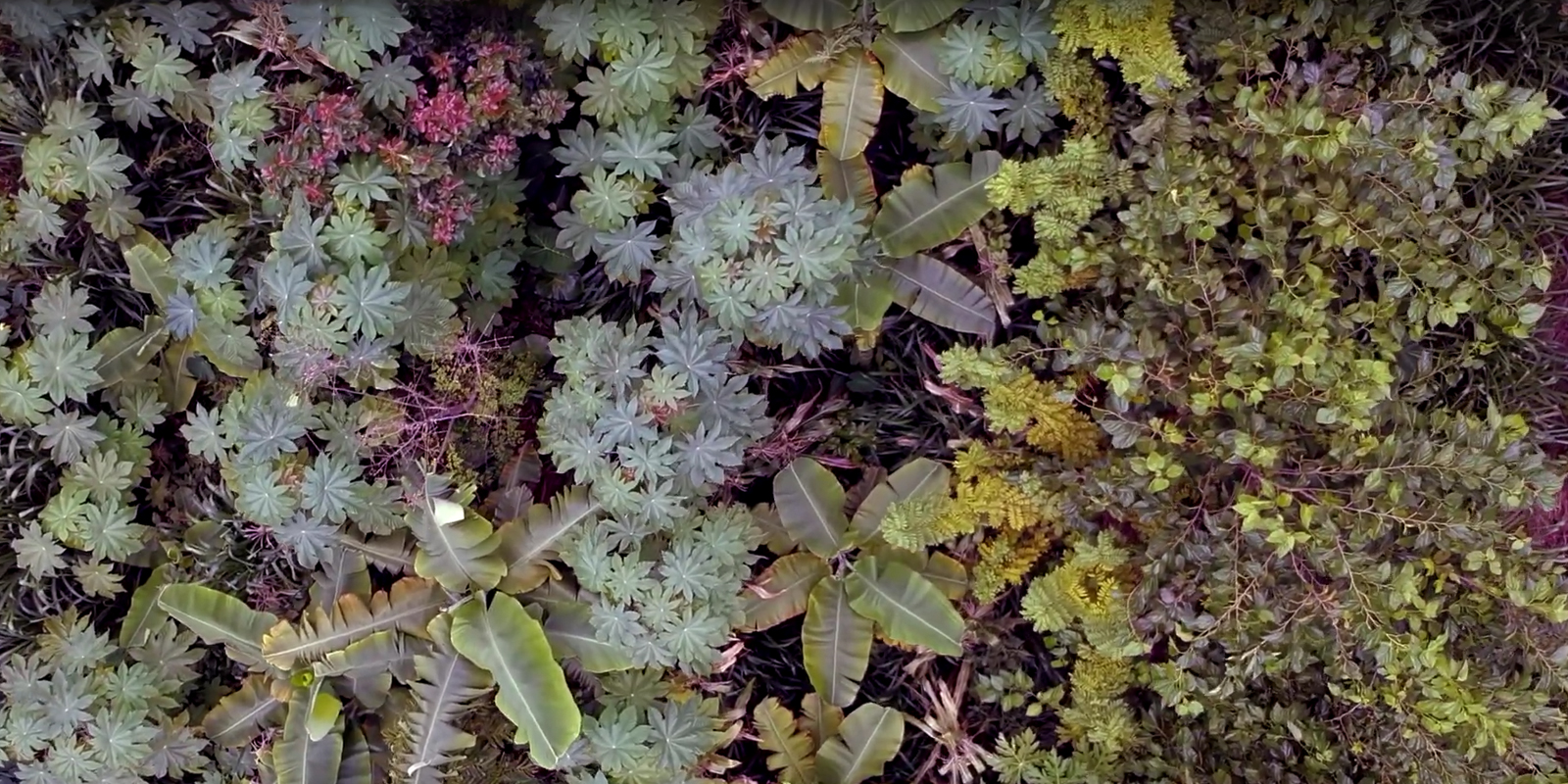 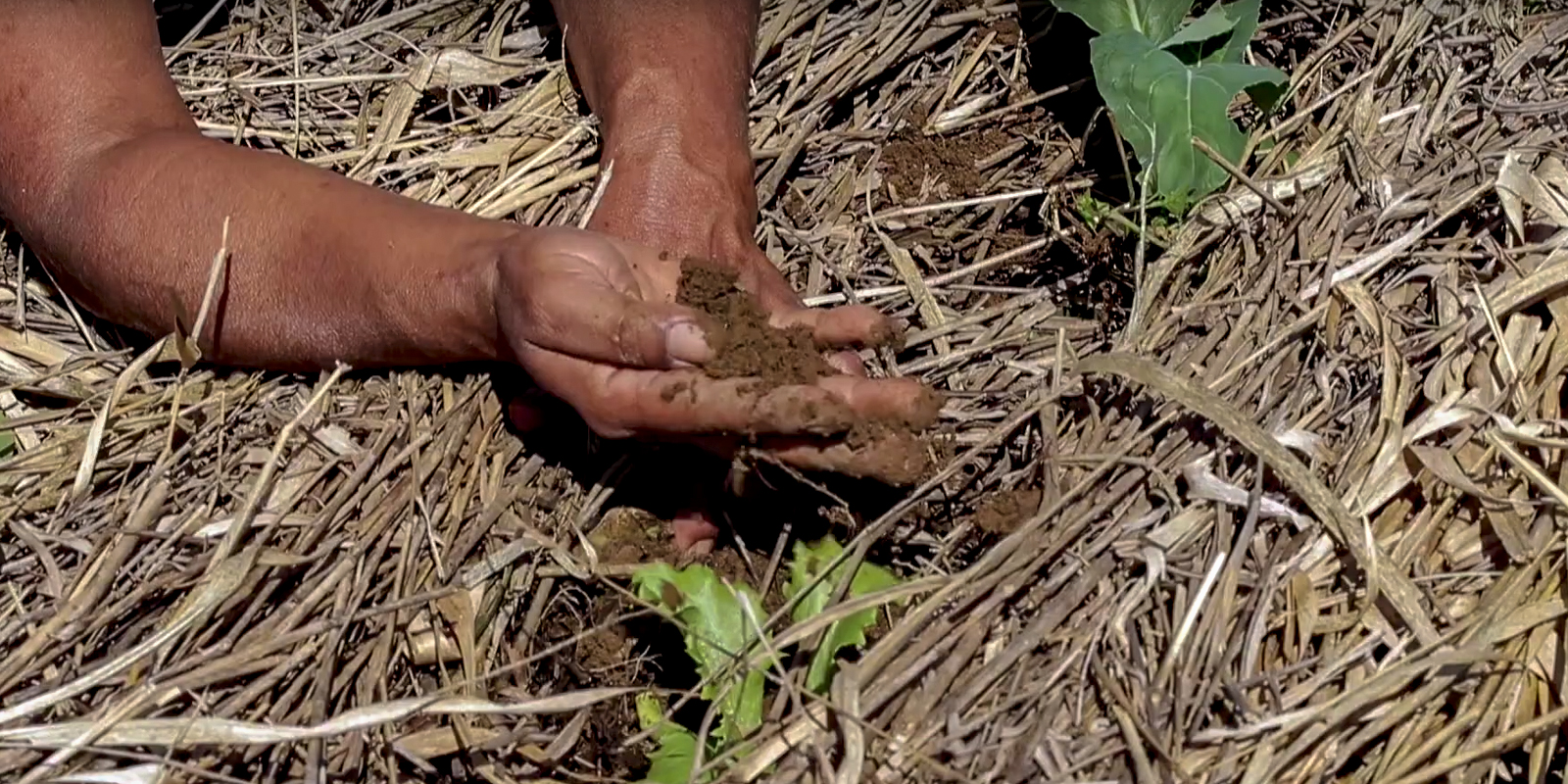 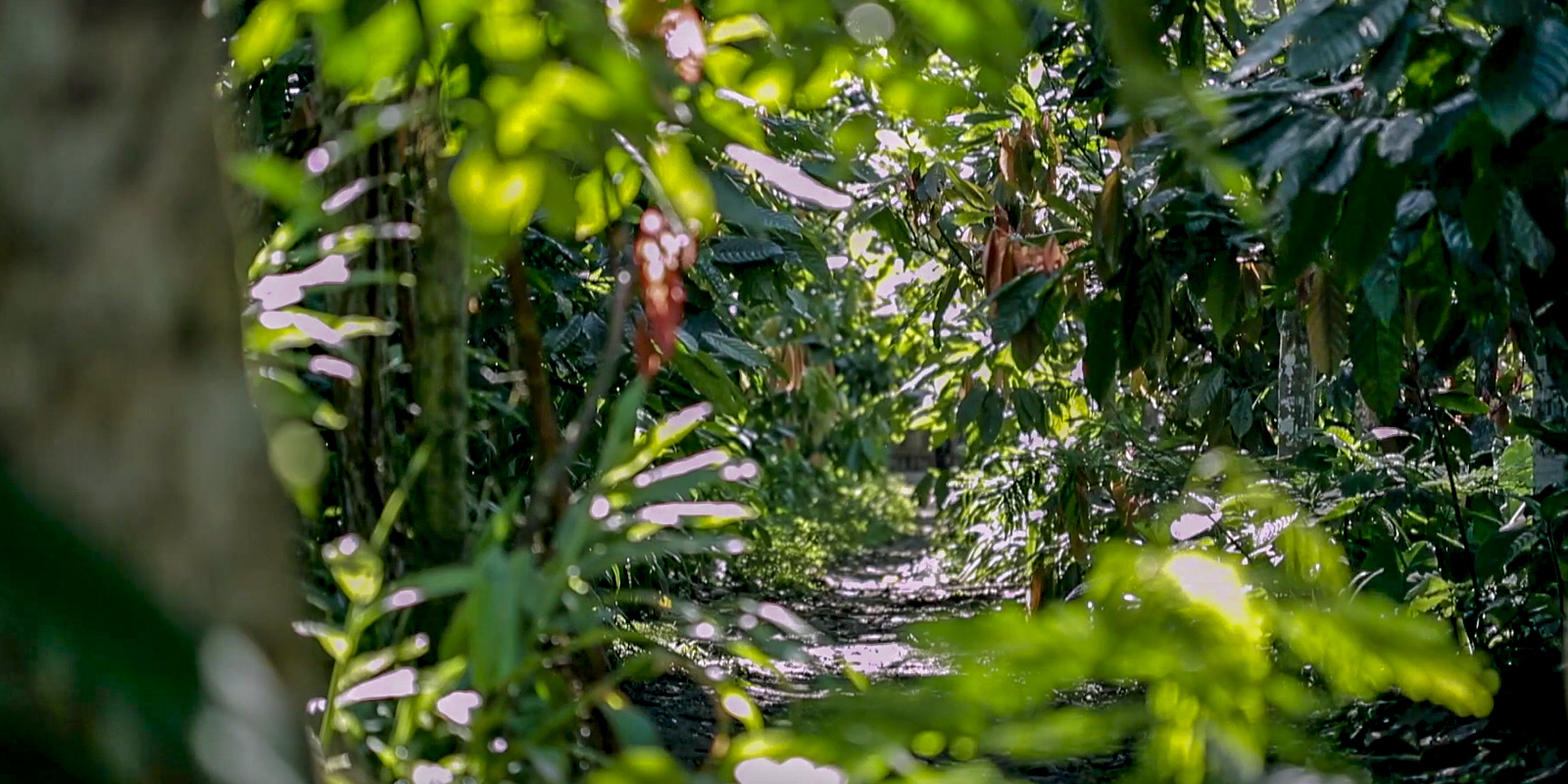 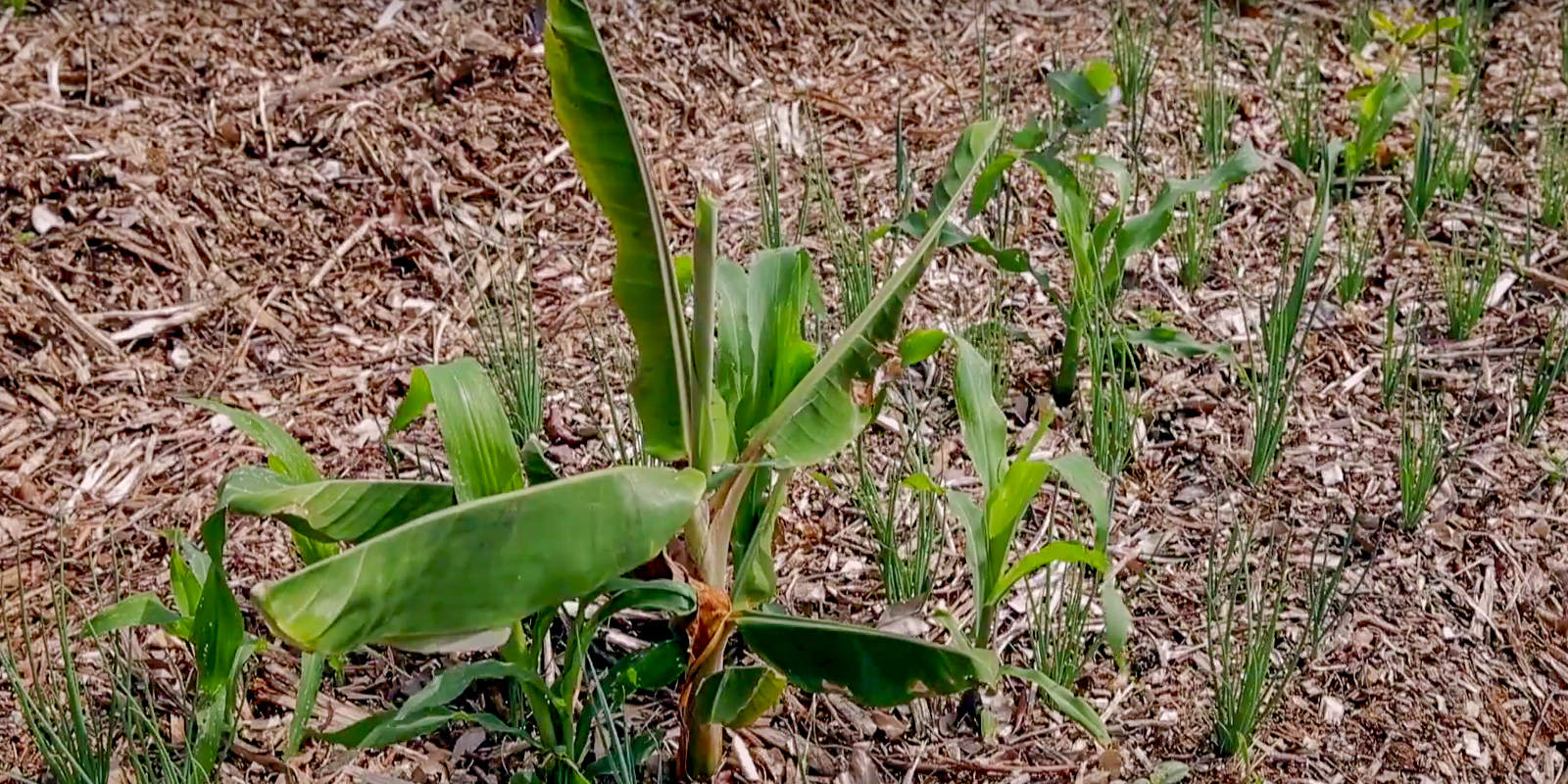 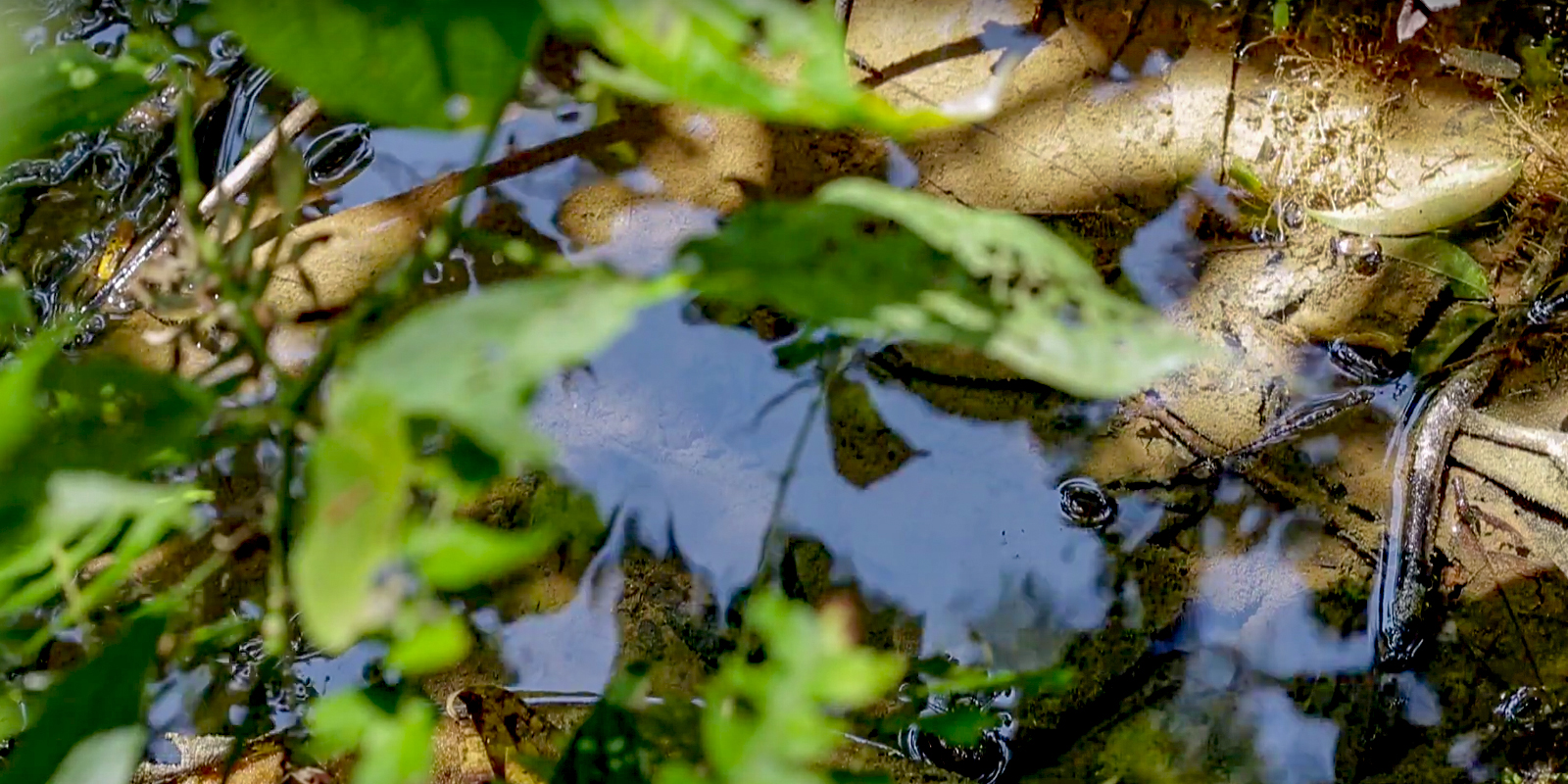 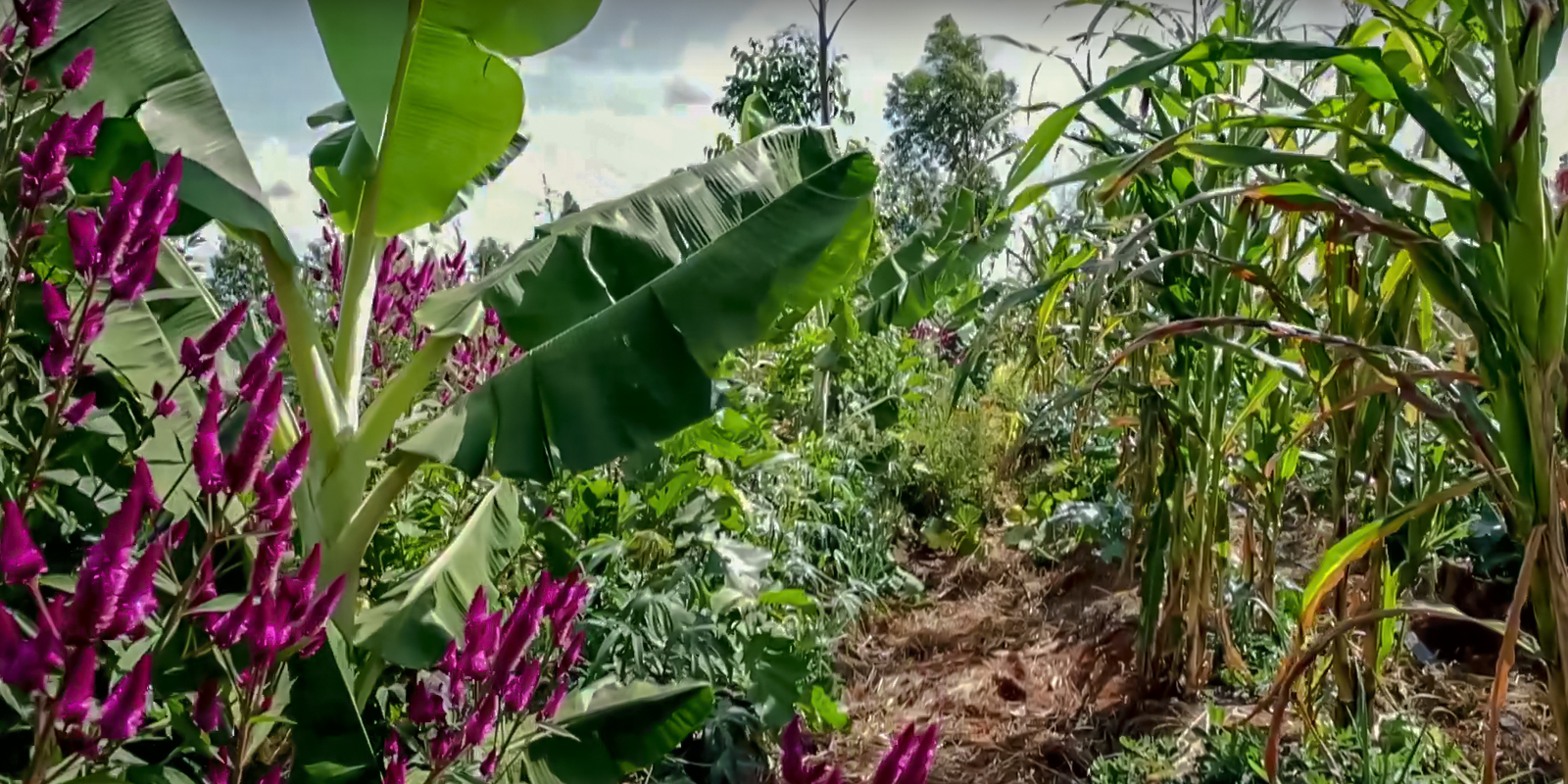 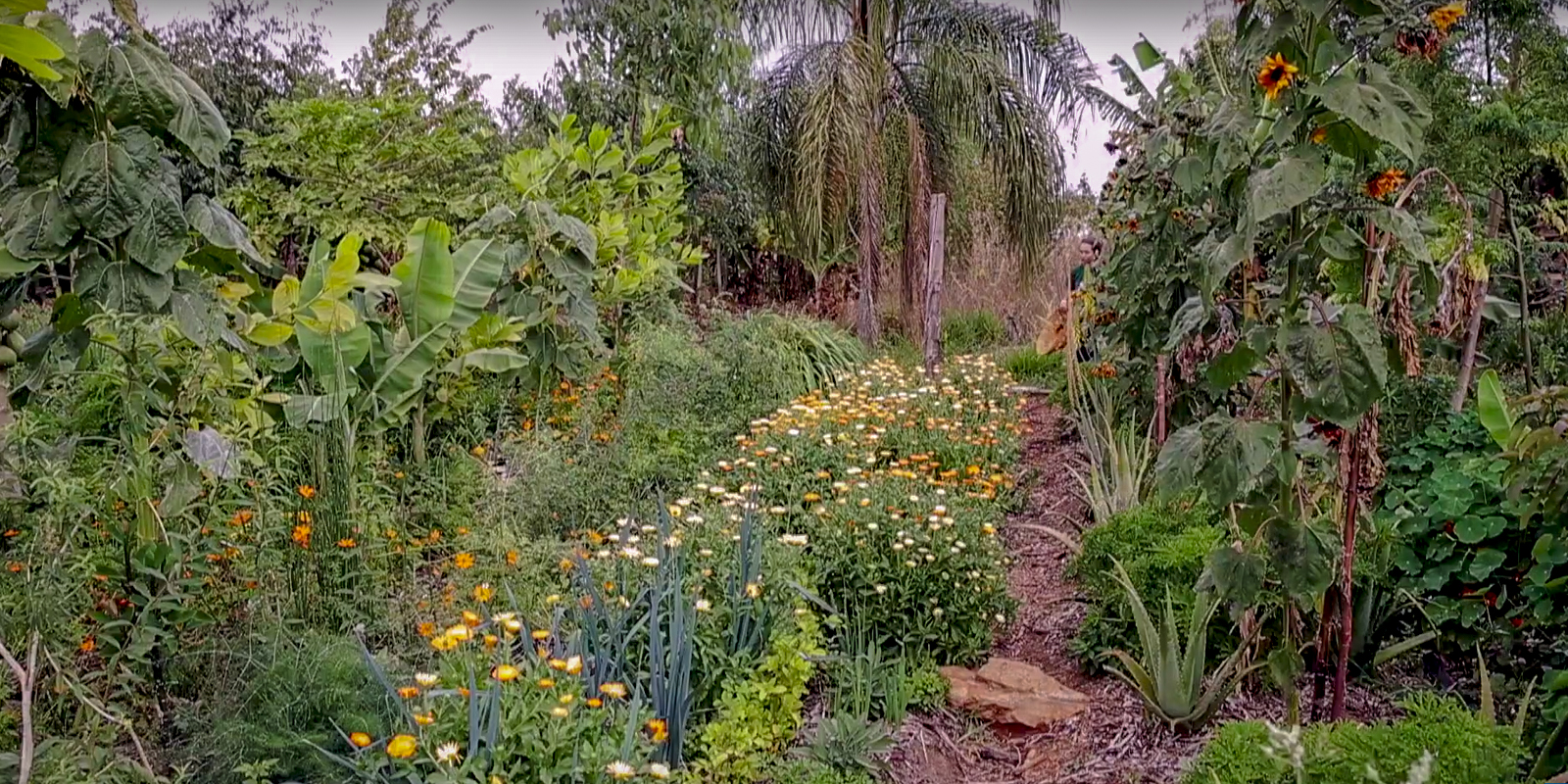 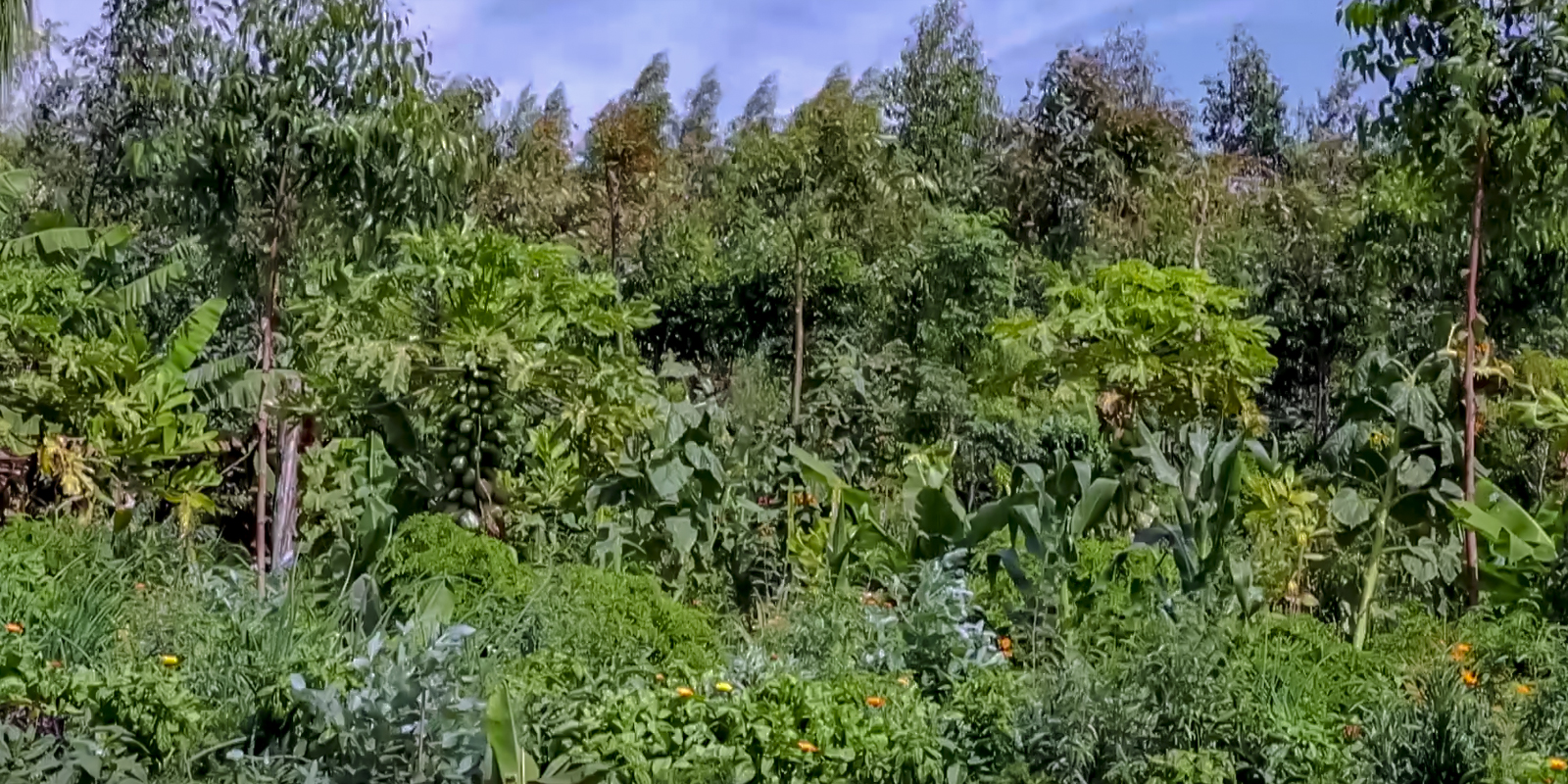 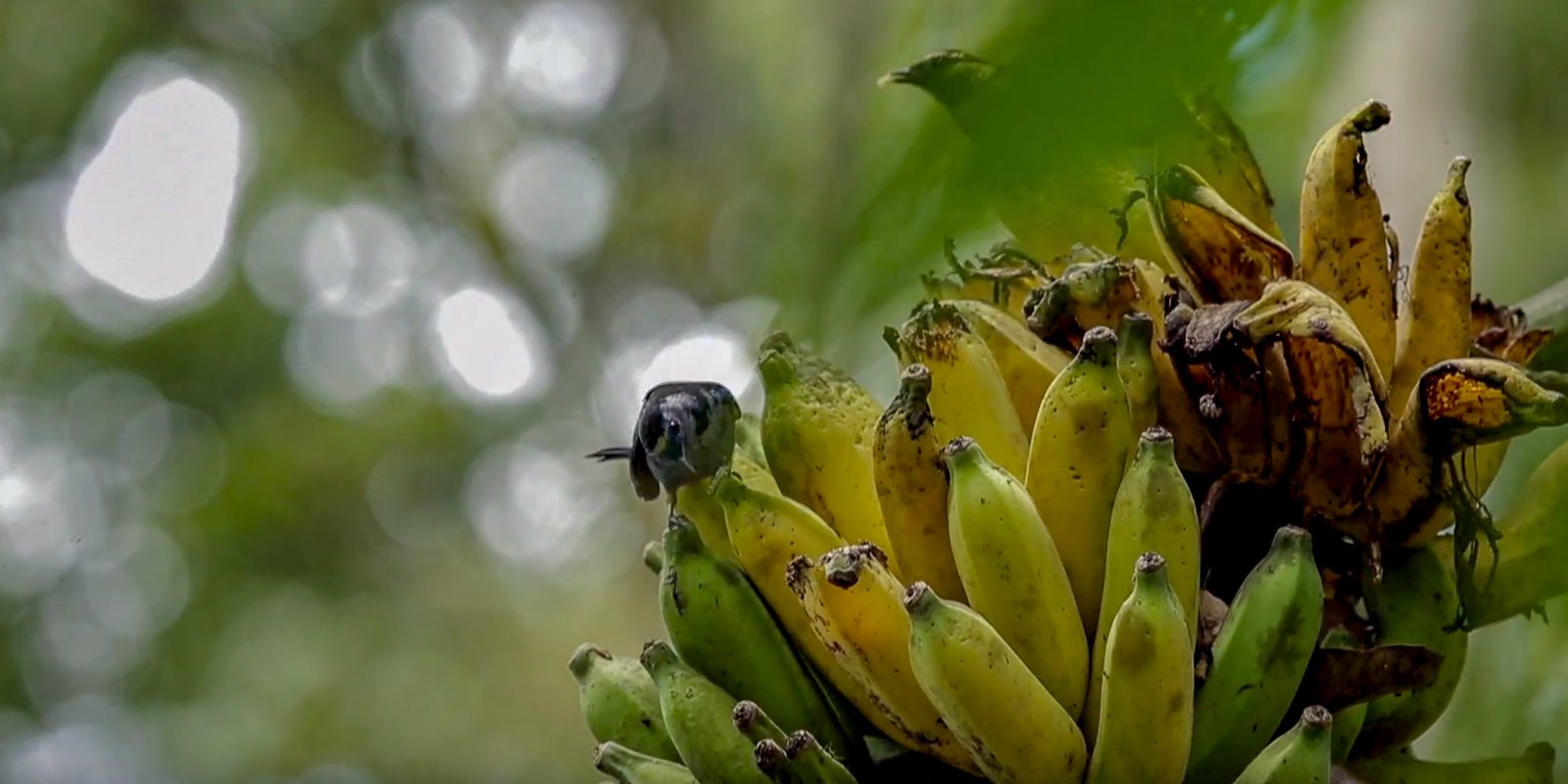 From an early age, Ernst has always studied and looked at the functioning of nature. He observes how it behaves and trusts nature more than our concepts. We are part of an intelligent system, but we are not the intelligent ones. This is his realization and quintessence of his life in the middle of nature. He has been achieving amazing and astonishing results for many decades. Synthropic agriculture is one way of producing according to the principles developed by nature itself.

With nothing but ecosystem management, one can transform deep black fertile earth from poor, depleted and depleted earth. Such a soil is created through work, during constant cultivation and harvesting. Without any external fertilization or pesticides. Ernst recycled about 180 to 200 tons of green matter per hectare and year, which corresponds to about 15 to 20 tons of dry matter.
Agroforestry allows you to use external fertilizers or some agrotoxic, but Ernst does not use any of them. The most important input he uses for his kind of agriculture is his knowledge.

When he bought his Fazenda in Bahia in 1984, this place was on the map and in the photos of IBAMA, the one with the poorest soil in the whole region.
Ten years later, staff from ibama came to me and asked him what he was doing, because the soil quality index was just rising. At that time, the index was 7.8, with 1 farmland and 10 gallery forest or jungle, i.e. humid forests.
The Fazenda von Ernst has 487 ha. Most of it was converted into a private nature reserve in 1995. He himself uses only 5 hectares for his research and production.
He started to work with manioc. It was the most important tool, just like the pineapple. But the engine at the beginning for the transformation, was the manioc. He also planted many trees. About 7 to 10 seeds per square meter of different trees. His system, his form of agriculture, is a process agriculture. It makes an agro-ecosystem, similar in its dynamics and function, to the natural and original ecosystem of the place.

It uses biological processes to provide micronutrients. The soil of these 5 hectares that he still cultivated was considered poor soil and was not recommended for cocoa cultivation. Thirty years later they carried out an analysis and the pH value corresponds to that of the most fertile soils in the cocoa zone of Bahia, although he had never used fertilizers or pesticides. This process produces vigorous plants that do not need fertilizers.
Every three or four weeks, he and his family harvest the cocoa. Fermentation and drying transform it. He makes a drink of it, which they sell as a drink without sugar. Everything is always used advantageously until the end of the production chain. Moreover, he says, “we can still use it ourselves in the middle of it to suck the cocoa. This fruit is simply wonderful”.

The cocoa production at the Fazenda d´água delivers 80 arrows per hectare.
The average productivity in Brazil is 25 arrows per hectare. “I’m not a missionary, not at all,” he says. “I do this work with plants because I have liked them since I was little.
Plants don’t lie and they don’t pretend. Animals don’t lie and they don’t pretend. man, yes. man is the only species that spends money to kill the brothers of his species. The relationships between the species are all based on unconditional love and cooperation. What can I do to be loved, to be useful in the system? How can I cultivate my food so that I don’t need any action or reaction from the immune system? It will be cheaper and will produce more.
The principles are from nature. They can be applied both to the few plants you have on your balcony and on a large scale, because the laws are the same.
The present way of mankind is to look for the enemies and not for the problem in ourselves, We always look for the mistake in the others. All civilizations that have existed so far, there have been hundreds of civilizations, all had the same destiny. All have made the same mistake. They have cleared the forest.
With our bad behavior, it is not the end of life on the planet, but it can be the end of our species on this planet. It is a question of attitude, desire and understanding.
There is no way out to produce for the future, for all people. And so we must rightly apply the principles that nature develops.

The cocoa production at the Fazenda d´água delivers 80 arrows per hectare. The average productivity in Brazil is 25 per hectare.

With nothing but ecosystem management, one can transform deep black fertile earth from poor and depleted earth.

Wouldn’t it be wiser to create agro-ecosystems in which plants feel comfortable, and we concentrate only on the work we can do?

Syntropy, as opposed to entropy, is a process that goes from simple to complex, and Ernst´s Argricultura Sintrópica follows the same logics as all interactions help promoting a positiv energy balance in the system. One of Ernst´s characteristics is that behind his farming techniques there´s a very refined set of principles. It´s a combination of science-based knowledge with a practical intelligence and sensibility of someone who´s been farming since the age of 3.

Synthropic agriculture is a way of producing according to the principles developed by nature itself.

Be part of it